Sunday morning we took a ride out to the farm in Akrokerri. The trip took only about 25 minutes. we picked up some materials from a storeroom in town and went out to the farm.

ICCF partnered with a parent in Obuasi in 2008 to purchase some land and seedlings. As a micro economics project, revenues coming from the farm will ultimately be used to support future educational projects.

The land was greatly overgrown with tall weeds. The weeds need to be cut constantly or they take over. Rising above the 6ft weeds were the orange trees we planted 4 1/2 years ago. They were loaded with oranges. There have been several fires during the dry seasons; the most recent in 2011 burn over 17 acres including about 5 that were planted. Mr. Mensah would try to replant as soon as possible but the young trees require a lot of attention and protection from insects and nutria.

Despite, these setbacks, we still have nearly 15 acres of trees planted. Some of the younger trees were so loaded that branches were breaking under the weight. Happy and sad at the same time. happy to see the growth, sad that we were in a battle with the weeds that they seem to be winning.

We bought a bush hog 2 years ago which they are still learning how to use (in under developed countries, the grass is not cut with motor powered devices but with a machete, called a cutlass, here). When the grass gets too high, the bush hog is less effective at weed control.

I help to cut a swath for us to walk through and check the trees. We sampled some of the fruit. They are coming along very nicely. The crop will be ripe and ready for harvest between late August and early October. We’re looking forward to see how that goes.

We need to take on a couple of workers to keep the weeds and insects in check. At present, we have estimated another 2 years of investment before the farm reaches a break even point.

I took an early bus back to Accra. The previous trip had several changes. One of the parents told me about a bus that would take me directly back. Four and a half hours later, back in Accra. One of our sons, Enoch, picked me up. We ran a few errands and back to my home away from home, the Pentagon Inn. I had dinner with Sister Gladys and Gloria at the house. Gloria was returning to the U. S. later that night.

Caught up on a little paperwork and phone calls before lunch with Sister Gladys and Abigail at the house. My hotel is about a mile down the road past the US Embassy from their home. Sis. Gladys invited me over for lunch. I shared some oranges from Obuasi with her. She was really impressed because she lived on a farm in times past and knows the amount of work it takes to run. As always we prayed. More errands. Found a battery for my other cell phone, only cost about $16. Go figure. Back to the hotel. Getting packed for tomorrow.

Got up about 8 am, cleaned up, dressed up and packed up. 30 minute ride to the airport and got checked in. Flight left on time at 1:00PM arrived in Monrovia at 3PM. Bishop Conto and 2 of his pastors came to greet me. What a joy after 2 years to return to Liberia, America’s first colony. I checked in to the Atlantis Guest house on the Atlantic ocean and had pizza with my hosts in a restaurant overlooking the Atlantic Ocean. I have seen the Atlantic from North America before but I was mesmerized by the breaking waves as they kept rolling in on the Africa side. Even as I am in my room, I can still hear the breakers dashing. Imagine, our hurricanes that threaten us from the Gulf of Mexico frequently have their beginning on this side of the Atlantic. Just a random thought.

Tomorrow, a city tour and my first meeting with the pastors.

Praise God for safe travel and the family of God.

3 You will keep him in perfect peace,
Whose mind is stayed on You,
Because he trusts in You.

My day started on an Air-conditioned motor coach heading for Obuasi. I took a different route than normal because the heavy rains of the past few months (their rainy season) has left the main road in great disrepair with long delays. I transferred to a TroTro (It’s a van where people get on and get off at various points on the route. I unfortunately had to make two changes on the way; each time with my two suitcases. The trips were each about 1 1/2 – 2hours in duration. You get to know people very well when you are almost sitting on their laps. LOL

All told, the trip took about the same time as my other route and I didn’t have to transfer to another station to change buses and wait in a line for 30 minutes. Change is a good thing, right? I intentionally didn’t eat anything before leaving. Drinking only from the 2 liter bottle of water I always carry with me. Even after 12 years traveling to West Africa – I DON’T DRINK THE WATER. A ghanaian proverb says, “The African germ is friendly to the African”. I choose not to “tempt the Lord” on this one, for sure. I had to go to the cellular carrier’s office in Obuasi. For some reason, whatever was suppose to happen with activation didn’t happen. It’s working now.

Derrick, one of our parents who has also become a friend, met me and welcomed me to Obuasi. Dinner, a walk to get a new adapter – the one I brought from home died, a little reading, TV, then bed. It’s been a long day. Looking forward to being greeted by some others tomorrow. Praise God from whom all blessings flow.

Me fe Ghana. That means I love Ghana in Twi, one of Ghana’s primary languages. The flight across the ocean seemed to pass so fast. 10 1/2 hours came and went. I told you, they gave the baby food and entertainment and he was gone. LOL

Last night’s dinner was a chicken breast and rice with all kinds of vegetables and a little Couscous ( look kind of like grits). Very tasty. Watched 2 movies I hadn’t seen yet. The people around me knew that I was really enjoying myself. i especially like the part on A Joyful Noise when Latifah and Dollie were fighting in the restaurant. I’m glad that stuff like that doesn’t really happen with church folks (sic). I digress —

Arrived in Accra on time, 10:30 AM. I was met at the airport by Sister Gladys niece, my sister Joyce, along with her daughter, Miriam and son, Enoch. I have watched the two of them grow up to be fine young people with great hope for their futures. They’re both in college. How proud I am. After dropping my bags at the Pentagon Inn, my Accra home away from home, Enoch accompanied me to exchange dollars for Ghana cedis (approximately 1.9 GHS to 1 USD). I went to purchase a sim card so that I would have a Ghana number while I’m here and make it easier for me to stay in touch with the folks in this region. I never roam on my T mobile phone overseas; talk about go home broke with a whopping bill awaiting. that is not a fitting end to a great trip – just trust me on that one.

I found out after the office was closed that they hadn’t activated my chip. So I have this local phone and phone number that I CAN’T USE right now. Sorry. It will be taken care of some time over the next 2 days. I leave in the morning for Obuasi. There’s an actual gold mine in the mountain at Obuasi. It’s an important place because most of the young people we have sent to school live there. I have also developed wonderful relationships with their parents. Ain’t God good. Just outside of Obuasi is a town mostly known for the Teacher’s College located there, but it’s also the location of the farm we planted as a micro-enonomics project for the community. The orange trees should be well matured now, the palms ready to be tapped for their oil, plantain is also growing on the 50 acre tract we acquired some years ago. Last time I was here Mr. Mensah, our primary contact, had cultivated only about 20 acres.

Fire and nutria (which they call grass cutters here) wreaked havoc on some of the trees when they were younger. We purchased a powered bushhog to help keep those little varmints out and help the trees to grow. I am really looking forward to seeing the progress. I talk to some of kids on the phone Facebook and Skype from time to time. It will be nice to sit down and hear from them as well.

The ride by bus can take upwards of 5-6 hours. I’m getting myself psyched for it. You learn how to appreciate interstate highways and streets that don’t have potholes as large as a bus when you travel on some of these roads. Keep us in your prayers and maybe one day soon you might consider a first hand look at the Mission field. Love to you all.

I’m at JFK airport in New York waiting to board the plane to Accra, Ghana. Just sharing with another passenger who has had a rather difficult day. After listening to her laments, I shared how as late as last night, I was unsure if my passport would arrive in time this morning from the Liberian Embassy for me to catch my 10:45 AM flight. An interesting thing happened, as i was doing everything I could to effect a positive result. God simply reminded me that it’s all in His hands anyway. At the end of the day – I realize that I’m not in charge of much that relates to my being: it’s all in His hands. I missed the drycleaner yesterday; I didn’t get to the bank; waiting on the passport. WAITING TO EXHALE. LOL. God reminded me that this trip to Ghana and Liberia is His idea and that I must trust Him completely. Once I surrendured my need for control, the peace of God engulfed me and I just did what I could. He had already taken care of all the problems. My flight to New York was on time and pleasant. I caught a nap for a little while: not much sleep last night and angst had taken their toll. I awoke refreshed 20 minutes later and had an enjoyable conversation with the mother of a early twenties college student who loves Jesus but may be a little self righteous. She was so appreciative that I shared with her God’s answer to those who want to send everybody to Hell who doesn’t do life as they would – “For God did not send His son into the world to condemn the world but that the world through Him (and us for that matter) might be saved.”, John 3:17. It starts with love and continues with STOP JUDGING.

Well I’m about to get on my 10 1/2 hour flight. I feel like a little baby – give me food, entertain me for a minute (the movie or the personal entertainment center in front of me), then I’ll be ready to go to sleep and not bother anyone. When the morning comes, I’ll be practicing Twi (a Ghanaian dailect I’ve been learning). See old friends and hopefully make new friends of the Kingdom.

I love it when a plan just comes together. Keep me in your prayers. 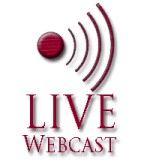